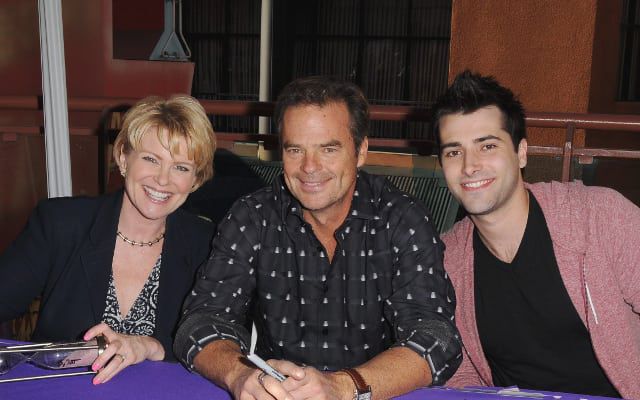 When we reported that Marlene McPherson (pictured right, with former “DAYS” co-head writer Darrell Ray Thomas) had been hired on as head writer of Prospect Park’s version of “All My children” back on January 23, it was unclear at the time as to whether she would be joined by a co-head writer. Soap Opera Network has since learned that it’ll be a “Days of our Lives” reunion of sorts for “AMC” as McPherson will be joined by Elizabeth Snyder, who was an Associate Head Writer at “DAYS” from 2011-2012.

Snyder’s previous writing experience includes stints at “Another World,” “The Bold and the Beautiful,” “General Hospital,” “Port Charles” and “Sunset Beach.” Snyder was nominated a total of seven times for a Daytime Emmy Award from her work writing on daytime dramas. She won in 2010 for her 2009 work on “B&B” and again in 2012 for her 2011 work on “DAYS.” She shared the award wins under “B&B” head writer Bradley P. Bell and “DAYS” co-head writers Whitesell, McPherson, Thomas and Dena Higley.