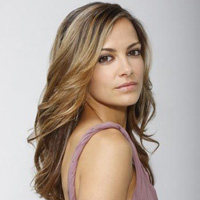 Ryan is frustrated to learn that David is still in the hospital and not in prison. When he overhears Jake talking to David about some tests he has to have done, Ryan poses as an orderly to get David alone. Kendall returns to Fusion and is welcomed back by the girls. When Kendall looks at a new Fusion ad she has a flashback of holding a gun and Erica screaming “no” but can’t quite figure out why.

Someone is stealing prescription pills from the hospital and Tad is put in charge of finding out whom. When Cara almost blows his cover, she quickly helps him cover and later admits she enjoyed the feeling of adventure that gave her.

Brot and Natalia grow closer which puts their jobs in jeopardy. Iris instructs Jesse to fire one of them.