Home / News / Carol Burnett Returns to ‘All My Children’ this September 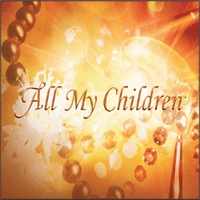 (SoapOperaNetwork.com) — Comedic legend Carol Burnett is returning to “All My Children” one last time before it goes off the air on Friday, September 23. The actress is slated to tape scenes opposite, a legend in her own right, Susan Lucci and the dynamic Jill Larson, who play best gal pals Erica Kane and Opal Cortlandt, in mid-August. Burnett will reprise the role of Verla Grubbs in multiple episodes slated to air in September. The 78-year-old actress originated the role of long-lost daughter of Langley Wallingford (Louis Edmonds) in 1983.

Burnett is a vocal fan and long-time viewer of “All My Children.” Along with her 1983 debut, Burnett reprised the role of Verla on the soap in 1995 to celebrate its 25th Anniversary and again in 2005 to celebrate its 35th Anniversary. In 1995, Burnett also hosted a prime-time special on ABC to honor her favorite daytime drama on it’s silver Anniversary. In a press release from the network, “All My Children” Executive Producer Julie Hanan Carruthers expresses what a honor it is for the soap she heads to welcome back Burnett and adds that “Verla Grubbs is a beloved member of the family and we look forward to reprising her character.” Along with Lucci, the majority of Burnett’s scenes on the ABC soap were opposite the departed Eileen Herlie who played Myrtle Fargate and Verla’s step-mother, Phoebe, played by the departed Ruth Warrick. She also appeared opposite another famous “All My Children” guest star and ABC Daytime fan better know to the public as Elizabeth Taylor.

Burnett, one of the most famous comedians of any gender of all-time, starred on the successful CBS comedy variety show “The Carol Burnett Show” from 1967 to 1978. Fans of sitcoms may also remember her from “Mama’s Family” where she played Eunice Higgins from 1983 to 1985. The series also notably starred Dorothy Lyman who won multiple Daytime Emmy Awards for the role of Opal Gardner on “All My Children.” Burnett has guest appeared on numerous series including older favorites like “Mad About You,” “The Larry Sanders Show” and “The Gary Moore Show” to newer series like NBC’s “Law & Order: SVU,” ABC’s “Desperate Housewives” and FOX’s “Glee” She was also the first celebrity to air on a little PBS program called “Sesame Street” in 1969. The television, stage and movie actress who has earned nearly every prestigious honor available for a legend has also earned six Prime-time Emmy Awards as a performer and a producer and no less than five Golden Globe Awards as a performer.

The latest issue of Soap Opera Weekly on stands mysteriously hints that aside from sharing scenes with the aforementioned “All My Children” regulars, Burnett is slated to share scenes with another face from the past. Neither the exact air-dates or the number of episodes for Burnett’s return have been made available at this time.