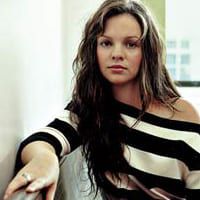 Eight years ago today, April 14, ABC officially broke the hearts of millions when it was announced that “All My Children” and “One Life to Live” were both being canceled after 41 and 43 years on the air, respectively. They were replaced by talk shows “The Chew” and “The Revolution.”

While “The Revolution” received its walking papers within its first six months on the air, “The Chew” ran for seven seasons before it was replaced by “GMA Day,” which has since been rebranded as “Strahan & Sara,” referring to its hosts Michael Strahan and Sara Haines. The ratings for the retooled talk show have remained consistent with its first iteration, which is to say they are dangerously low and nowhere near the performance of lead-out “General Hospital” or, more importantly, “The View.”

The decision to cancel “The Chew” was made last May by Ben Sherwood, the now former co-chairman, Disney Media Networks, and former president, Disney-ABC Television Group. He left the company after Disney’s acquisition of 21st Century Fox completed last month. Considering Sherwood’s news background from his days running ABC’s news division, which took oversight of “The View” from ABC’s entertainment division in 2014, it was no surprise when he announced that the reason for “The Chew’s” cancellation was to expand on the success of ABC’s top-rated morning show, “Good Morning America.” At the time Sherwood said, “We believe there is great opportunity for viewers and advertisers in expanding to a third hour.”

This was the second attempt at expanding “GMA,” which had long trailed NBC’s competing “Today” show in advertising revenue stemming from its four hours of programming. After finishing out its run in early July 2012, “The Revolution” was replaced by “Good Afternoon America,” hosted by Lara Spencer and Josh Elliott.

Ratings for “GAA” were on par with the ratings-challenged performance of “The Revolution.” The program aired in the 2:00 p.m. timeslot until it was replaced by “GH,” which was moved up an hour following ABC’s decision to return its long-held 3:00 p.m. slot to its affiliates in hopes they’d be willing to pick up the Katie Couric hosted syndicated talk show, “Katie,” for their stations. “Katie” ran for only two seasons despite being the highest rated new daytime talk show when it debuted. ABC returned “GH” to the 3:00 p.m. hour in eight markets beginning in the fall of 2014 with no other time slot changes made since.

In the markets that held a gap between network programming from the 1:00 p.m. program to the 3:00 p.m. program, ABC aired a game show block consisting of “Who Wants to be a Millionaire” with Terry Crews as its new host at the time and rebroadcasts of “Jeopardy!” entitled “Daytime Jeopardy!”

In the fall of 2015, ABC’s syndicated arm launched the since-canceled talk show “FABLife,” hosted by executive producer and creator, Tyra Banks. The series was quickly canceled despite being retooled following Banks’ departure. It was replaced by the viral video series “RightThisMinute,” which received immediate station upgrades in the fall of 2016 and continues to air today on the aforementioned eight affiliates that no longer air “GH” at 2:00 p.m., although that will change come this fall when Walt Disney Television’s rebranded syndication division, Walt Disney-Direct-to-Consumer and International, launches the Tamron Hall hosted daytime talk show on those stations with more than 85% station coverage ahead of its September 9, 2019 launch.

So, now that you read all of this history, how does this all relate to “All My Children” and “One Life to Live” in the future?

While ABC currently has no plans of regaining its fourth hour back from its affiliates, there have been some rumblings in recent weeks that the network might be considering a hybrid soap block that would find both shows back on the air as either two individual half-hour programs or an hour-long integration of characters from each should the network cancel “Strahan & Sara.” There’s also been some talk of a second online reboot now that Disney retains 60% control over Hulu with its 25 million subscribers. And, with the official unveiling of Disney+ on Thursday, April 11 during Disney’s Investor Day presentation, there’s even hope that ABC’s parent company might bring the shows to the highly anticipated streaming service that immediately drove Disney stock upward during trading hours the next day. It should be noted, however, that Disney has made it clear that Disney+ will house more family-oriented programming and films while Hulu will be the place for more adult productions. Disney+ launches November 12, 2019, at a price point of $6.99 a month.

Pushing the renewed talk of “AMC” and “OLTL” revivals stems from a recent interview with Karey Burke, president, ABC Entertainment. Following ABC’s presentation during the Winter Television Critics Association press tour in February, the executive, who only took oversight of ABC Entertainment in November 2018, said in the March 1, 2019 edition of Soap Opera Digest, “There might be some conversation about that,” when asked about another revival of the soaps. This was after she had spoken highly of “GH’s” future on the network. “‘General Hospital’ is going strong, and I hope that show continues long after I don’t have this job anymore. I’m a fan,” Burke said.

A fan of the current trend of reboots, Burke is currently weighing her options for the fall 2019 primetime lineup as reboots of such iconic series as “NYPD Blue” and “New York Undercover,” with several of their returning stars, are both under strong consideration. And with the mini-reunion of “AMC” stars popping up on “Strahan & Sara” and “Live with Kelly and Ryan” in recent weeks, fan interest has remained strong in the property.

While a reboot of “AMC” and “OLTL,” if they were to go forward, wouldn’t likely be ready for at least another year one thing is certain: with many of the top people who made the decision to cancel both soaps in 2011 now gone, and new upper management in place with Burke now reporting to Dana Walden, Chairwoman of Disney Television Studios and ABC Entertainment, Disney cannot continue launching failure after failure at a cost of several hundred million dollars without wondering, “What If…”