As Soap Opera Network first reported on March 16, Deadline‘s Nellie Andreeva is reporting that ABC has officially canceled “The Revolution” and plans to slide “General Hospital” into the 2:00 PM ET/1:00 PM PT timeslot beginning Monday, September 10, the same day the network hands over the 3:00 PM ET/2:00 PM PT time period to affiliates. The news was later reported by The New York Times.

It was last week Wednesday (April 4, 2012) when Soap Opera Network Tweeted, via a very reliable source, that within ten days a decision on the future of “General Hospital” would be made by the network. Tomorrow, April 12 (or Saturday, April 14, depending on how you look at it), marks the one year anniversary of Black Thursday (April 14, 2011), which is best known to many as the day that ABC announced the cancellations of both “All My Children” and “One Life to Live” and the launches of “The Chew” and “The Revolution.” It was also the day Source Interlink announced a licensing deal with American Media over Soap Opera Digest and newly defunct Soap Opera Weekly. 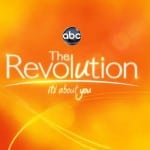 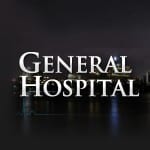 According to Deadline, “Revolution” will finish its run in early July. Beginning on Monday, July 9, and until “GH” slides up an hour, an afternoon edition of ratings grower “Good Morning America” will take over the time period. Tentatively titled “GMA In The Afternoon,” the new program “is expected to be generally broader and lighter than the regular GMA unless there is a breaking story, which the afternoon show will jump on,” said Deadline.

With ABC reportedly giving “General Hospital,” and its fans, some renewed hope today, the soaps newly installed head writer, Ron Carlivati, and executive producer, Frank Valentini, can now concentrate on reversing the downward spiral the soap is currently in. Should they fail, “GMA In the Afternoon,” could become permanent.