The preliminary list of honorees for the 32nd Annual PaleyFest Los Angeles event were announced on Wednesday. ABC’s “Scandal,” CBS’ “The Good Wife” and The CW’s superhero pairing of “Arrow” and “The Flash” are among the first batch of shows scheduled to be honored and have panels.

Taking place Friday, March 6 – Friday, March 13, from the Dolby Theatre for the second year in a row, PaleyFest gives fans of popular entertainment programs an opportunity of experiencing a featured episode and/or highlights of featured work, followed by panel discussions and Q&A with talent in front of and behind the camera.

A full lineup of shows and honorees will be announced on Tuesday, January 20, the same day presale tickets become available to Paley Supporting & Patron Members, and Citi cardmembers. Tickets go on sale to the general public beginning Friday, January 23.

For those unable to attend, PaleyFest will once again be available for an interactive live stream via Yahoo, the official media sponsor for the event.

“PaleyFest has grown exponentially over the last 32 years, and we are looking forward to working with Yahoo to create a compelling and engaging content experience for TV fans around the country to enjoy the festival together,” said Maureen Reidy, President, Paley Center for Media, in a statement. 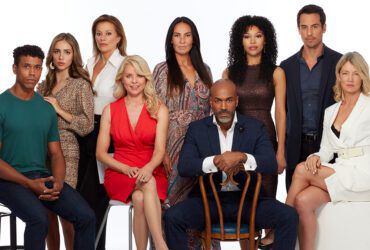