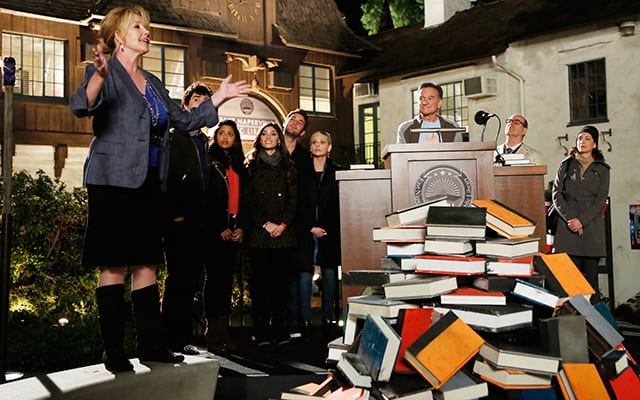 As we previously reported, “The Young and the Restless’” Melody Thomas Scott (Nikki Newman) is guest-starring on tonight’s episode of CBS’ hit sitcom, “The Crazy Ones.” The actress will be playing boozy librarian named Flora who enlists the help of Simon (Robin Williams) and his team to help her save her library.

To catch the one-hour season finale episode of the series, which also stars Sarah Michelle Gellar (ex-Kendall Hart, “All My Children”), tune into CBS tonight at 9:00 PM ET/PT.