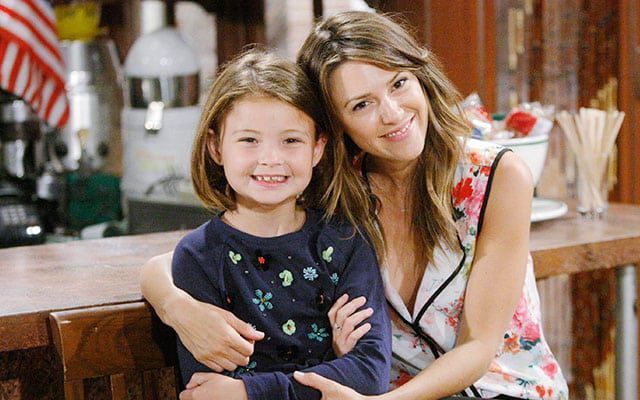 Celebrating the best of daytime television, “The 46th Annual Daytime Emmy Awards” are set to kick off tonight, May 5, at 8:00 p.m. ET/5:00 p.m. PT from the Pasadena Civic Auditorium in Pasadena, CA, but you won’t be able to view it on traditional TV. So let Soap Opera Network break everything down for you, including how to safely and legally watch the program.

Without a cable or broadcast network since 2015, The National Academy of Television Arts & Sciences has once again made this year’s telecast available exclusively online, ensuring fans of soap operas “The Bold and the Beautiful,” “Days of our Lives,” “General Hospital” and “The Young and the Restless,” talk shows, digital dramas, game shows and more, are able to tune in to catch all glitz and the glamour from the Red Carpet all the way through the reading of the final envelope.

The show will be live-streamed via the organization’s official social network sites, including Facebook, Instagram, Twitter (Periscope) and YouTube. The broadcast will also be made available through the KNEKT Network (www.KNEKT.tv) on Apple TV, Roku, iOS and Android devices. Download the KNEKT TV app on Amazon Fire by clicking here: http://bit.ly/KNEKTfire.

Please Note: Any other provider claiming to provide the awards broadcast are what’s called phishing or spam sites. Do not click on their links. Do not register at their sites. Protect your personal information.

For the third year in a row, the awards show will be hosted by “Extra’s” Mario Lopez and “The Talk’s” Sheryl Underwood. Carolyn Hennesy (Diane Miller, “General Hospital”) returns as host of the Daytime Emmy Awards Live Stream which entails interviewing talent on the Red Carpet and backstage for the post-show. Fans can tune in and ask their own questions via Twitter at twitter.com/DaytimeEmmys and Facebook at facebook.com/DaytimeEmmyAwards or follow along on Twitter and Instagram via @DaytimeEmmys. Make sure to use #DaytimeEmmys when submitting or following along.

All four remaining broadcast soaps are nominated for Outstanding Drama Series. Judge Judith Sheindlin (“Judge Judy”) is to receive this year’s Lifetime Achievement Award for her contribution to daytime television.

Check back soon for Soap Opera Network‘s coverage of “The 46th Annual Daytime Emmy Awards” in the days ahead. From photos on the red carpet, interviews, behind the scenes tidbits and more, we’ve got you covered.