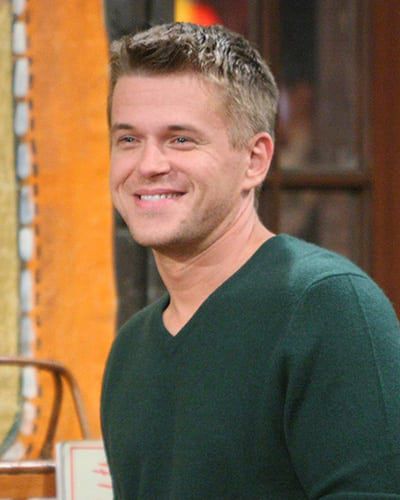 David Tom On Why ‘Y&R’ Let Him Go: ‘I Looked Too Young When They Placed Me With [The New] Kelly’

(SoapOperaNetwork.com) — A look at what’s happening on “The Young and the Restless” during the week of September 5, 2011.

Monday, September 5, the show has been pre-empted due to the US Tennis Open. Nina can’t believe that Ronan is once again falling or Chloe. Victor issues Heather a warning, even going as far as threatening to make her position very short-lived. Neil wonders why Katherine is suddenly interested in helping Devon. On Friday, September 9, the show is once again pre-empted to air the US Tennis Open.

The Inside Story: Delia’s Health Brings Genoa City to Help
Delia has been rushed to the hospital when she spikes a temperature of 105. Chloe heads that way to be with her daughter, silently kicking herself for not being there for her when she needed her. Jill questions Chloe on not answering her calls, but she keeps mum, not wanting it to be known that she was with Ronan during that time. When Ronan does eventually learn about what has happened, he heads to the hospital to lend her support. Unfortunately for him, Chloe rebuffs his support. Meanwhile, the family learns that Delia has acute myelogenous leukemia and will need a bone marrow transplant. Chloe realizes that Delia needs Billy there with her; possibly being a match for his daughter’s transplant. When Victoria learns about Delia, she and Chloe bond. She quickly does what she can to get Billy back to Genoa City. She asks Kevin to help her out by giving him Billy’s cell phone information and his laptop. Family and friends come to the aid of Delia by having their blood tested. Both Tucker and Devon are at the hospital to get blood tested. While there, Tucker learns that he’s not the only person within the group who have donated with a rare blood type as he has. With no word on being able to find Billy, Chloe lashes out that once again Billy is letting them down. Meanwhile, Billy is finding himself between a rock and a hard place.

A Closer Look: Sharon’s Case Brings Out the Strange Side in Avery
Sharon’s case is set to get underway and Victor is right there to see to it that Sharon is vindicated. While there, he gives Heather a serious warning. Heather and Avery meet for the first time in the courtroom. As the case slowly gets under way, Sharon and Nick are stunned at the dirty tactics Avery displays while in court. Sharon soon begins to wonder if Avery is the person she should be putting her trust in to clear her name. Meanwhile, Phyllis is preparing herself to tell Nick the truth about her relationship to Avery.