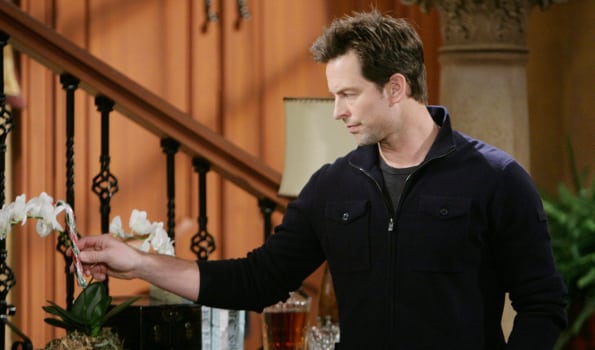 As previously reported, allegations that “The Young and the Restless'” Michael Muhney groped a female co-star’s breasts, which is reportedly what led to his firing last month, made headlines over the weekend when TMZ got wind of the rumors spreading throughout social media and soap opera message boards several weeks back. In announcing his firing on Tuesday, December 17, Muhney used Twitter as his outlet of choice. Since then, he’s been virtually silent, at least until now.

In a tweet to his follower’s last night, Muhney stated, “Benjamin Franklin said it best, ‘Believe none of what you hear and half of what you see.'” To clarify for anyone who may have misconstrued his usage of the quote, the actor today added, “..and that quote doesn’t only apply to what is being said about ME. It also applies to others. Please be kind to everyone. #respect.”