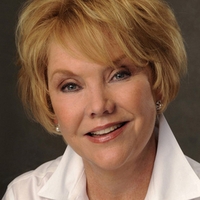 Natalie and John question whether there could be two Todd Mannings. Natalie looks for forensic evidence, and later finds a hair on the real super hero that doesn’t match that on his head. John confronts Tomas about the encrypted file that turned up when the dead Kent’s prints were run. Tomas insists he knows nothing about it.

Blair presses Tomas to say something if he knows something about Sam but insists he doesn’t. Jack finally reveals he was attacked in the office. Before John can react, Dani comes in and reveals she thought she heard Sam’s voice at the Minute Man. John and cops show up there but, there’s no sign of Sam – only part of the super hero costume, etc.

Echo panics, having kidnapped Dorian without quite meaning to. Dorian’s escape attempt is foiled. Echo is almost about to do something desperate to get rid of but Sam, hearing Dorian’s scream, bursts in dressed as a super hero. Dorian is stunned to realize the super hero is Sam. Viki tries to keep David from going hysterical with worry over Dorian.