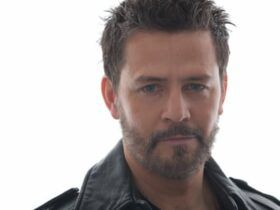 From his early days as a male model to his time as “One Life to Live’s” Christian Vega, David Fumero has always had a smile to die for and heart to kill for. His wife, “Brooklyn Nine-Nine” star Melissa Fumero, fell under his spell while the two were working together on “OLTL” (she as Adriana Cramer), and if you haven’t already fallen for the star as well, you’re about to! Soap Opera Network recently caught up with the actor during a House of Kooser/Ronald McDonald House charity event, where he dished on the importance of giving back, what he’s been up to since leaving the daytime world and what it’s been like to ride along with Melissa’s primetime success. Brace yourself: What he had to say could make the hardest of hearts start swooning!

Fumero is no stranger to giving back to the community, having done a variety of projects during his “OLTL” days with organizations like the Make-A-Wish Foundation. So it was a no brainer for him to jump on board with his support when House of Kooser, a company representing some of the finest boutique properties in the hospitality industry, partnered with Ronald McDonald House Charities, a program that provides a “home away from home” for families that include children receiving treatment at nearby medical facilities. “When I found out what they were doing, I thought it was great,” Fumero says of House of Kooser’s partners getting hands-on in philanthropic activities within the Ronald McDonald House world. “I was ready to jump on the opportunity to help, anything to raise awareness for these families in need.”

Soap opera lovers in particular may easily relate to the stories of some of the families living in the Ronald McDonald Houses, considering daytime dramas often feature story lines involving children afflicted with cancer and other illnesses. “These kids don’t leave this house, so if we can go in there and bring a little laughter and a little sunshine to their day, it’s so worth it; their eyes light up,” says House of Kooser partner Suzanne Goldberg, of why she and her partner, Greg Kooser, decided to get involved. “A couple of the homes we went to this week focused on cancer, and some of these kids just looked so healthy. But one little boy we met… came running out and looked perfectly fine, but he’s on a wait list for a heart transplant. And as the director said, they’re waiting for someone else’s little child to get into an accident. It rips your heart out; you don’t have to be a mother or a parent to appreciate that. So it’s very touching, and it gives us great pleasure to go in and rally our industry friends to help out.”

Fumero recently joined Goldberg and Kooser during the Los Angeles leg of the company’s Give Back Tour to draw fans and help raise awareness. “It’s really such a great cause,” the actor says. “If anyone can help with donations [which you can do at Ronald McDonald House Charities’ official website], it’s a really great thing.”

But helping out House of Kooser and Ronald McDonald Charities is not all Fumero has been up to these days. In addition to starring in the film “Crazy Bitches,” he’s also done some theater as well as stayed active in theater classes. And though he hasn’t exactly landed any major roles, he’s determined to keep on the acting path. “You have no choice: You either do it or you get out,” he says of the entertainment business. “I’m lucky enough to be able to focus on this and only this, and if I focus enough, [anything could happen].”

In the meantime, the devoted hubby has been picking up the slack around the house, since Melissa is super busy with her primetime “Brooklyn Nine-Nine” gig. “I take care of the dog, the house, all the incidentals,” he jokes. “But she’s still the better cook. We both cook, but after too many weeks of her not cooking, I’m like, ‘Come on, make something. I want to taste something good!’”

Some men might have a hard time during periods where the female is the most successful partner, but Fumero has taken it all in stride. “Any human being would [struggle with it a little bit], but I don’t get jealous; I’m supportive,” he explains. “We love each other, and we support each other. And she’s so supportive with me. If I have an audition, she makes sure if I need her in any way, she’s there, and she gets excited about things for me. In fact, I’m glad she got the big gig first, because at least I don’t have to worry about her. If I was working, I would feel bad for her that I wouldn’t be able to enjoy my thing, so I’m glad she’s doing well first.”

Meanwhile, he’s doing everything he can to land an equally exciting acting job, which he hopes is just around the corner. But if you wish to see the Cuban-born actor back in daytime, don’t hold your breath: He’s not exactly keen on making a return to soap operas. “I’m not opposed to work, but I am opposed to a contractual thing with a soap,” he explains. “I did that before, and even though it was great — I met my wife through that, and there’s a lot of great things about it — it’s like anything you do too much of: You’re done with it and want to do something else.”

However, he’s extremely grateful for his experience in daytime. “I really miss my friends,” he says. “The crew, the camera guys, the fun we had. It was a great time.”

Fans also reminisce about Fumero’s “One Life to Live” days, but they also often grill him about the series’ failed reincarnation on the Internet. “They all want to know what’s going on with the show, and they ask me why they cancelled it, and then they get a little offended that I don’t know!” he says with a laugh before getting serious. “Fans are angry about it. They start expressing their feelings about the show being cancelled, and you can see it build up during the conversation. Personally, I never thought it should have been cancelled to begin with. I thought it was a good idea. I remember thinking it was online, so they could have a much bigger platform and more artistic and poetic freedom to write things, [which] I thought, that was cool. I was excited for them. I don’t know what happened, but I was rooting for their success.” 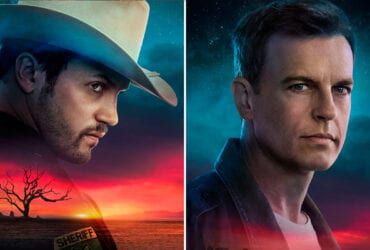