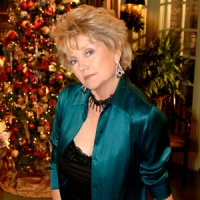 (SoapOperaNetwork.com) — Viki’s (Erika Slezak) life is about to go from bad to worse as Tess (Bree Williamson) continues to sabotage her efforts to gain custody of Jessica’s baby. But when her plan to expose Viki’s cheating husband proves not to be enough to stop her, Tess is forced to take drastic action, which results in her “mother” Niki Smith coming out to play.

Deciding to kick Viki while she’s down and out to ensure that she get her hands on Ryder’s trust fund money, Tess pay her a visit on Monday, April 18, and the two quickly get into an argument. In the heat of the moment, Tess manages to rattle Viki’s cage to point that Niki is able to take gain control of Viki’s overwrought state of mind. With Niki now in control, Tess suggests they team up to get what they want. Sounds like a disaster just waiting to happen, especially considering what happened the last time the pair partnered up. Like mother, like daughter after all. But that’s not all…could one (or more) of Viki’s other five alternate personalities be making another appearance as well? Stay tuned to find out!

So what’s next for the unlikely duo? Williamson hinted in an appearance on “The Wendy Williams Show” in March that Jessica may be getting a new alter later this spring. Also, the Suds Report claims that “OLTL” is looking to cast a Viki body double, saying the show is searching for an actress with “Short hair. Height: 5’6”. Estimated Weight: 145 lbs. Top Size: 12. Bottom Size: 10. (recurring). Note: Strong actress needed. Will not affect possible role on the show.”

This is the first time Niki Smith has appeared since the fall of 2008, when Tess conjured up an image of her while giving birth to her stillborn daughter Chloe, at which time, Jessica’s “gatekeeper” personality Bess took control.

Look for Viki’s troubles to come to a head in a special episode on Wednesday, April 27 (previously reported as April 26).