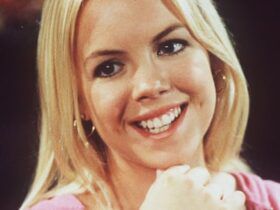 The last year for former “One Life to Live” actor Sean Ringgold (ex-Shaun Evans) has unfolded almost as if his real life is a daytime soap opera: First, the actor-turned-bodyguard was accused of sexual abuse and rape, and now he’s finally putting the ordeal to rest after a New Jersey court cleared him of the serious charges.

The story hit the tabloids in 2013 when a woman Ringgold met online accused the actor — who also worked as Tom Cruise and Katie Holmes’ bodyguard — of sexual abuse and rape. But the actor was finally cleared of any wrongdoing, reports New York’s PIX11 News.

“If I did not have the financial resources, I would have been messed up,” says Ringgold, who reportedly dropped about $70,000 in legal fees. He adds that the charges were “a bunch of BS from the very start.”