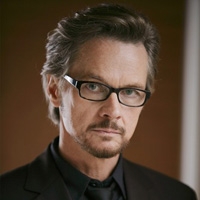 Primrose wants to know how Jana went about getting her name. Jana tells her that she knows a family that she helped. When Primrose goes to touch Jana's stomach Jana jumps away from her. When Jana starts asking too many questions about Primrose's tactics, Primrose begins to get nervous and demands her to leave. When Jana makes another attempt, Primrose gives her ultimatum: bring the full ultrasound and medical work and she'll think on helping her.

Every one continues to watch the press conference. When Kyle asks Diane about what's going on, Diane gleams that Victor will be even richer. Back at Victoria and Billy's everyone is chatting on Victor's decision. Billy sneaks out to try to hone in on the press conference. Meanwhile, Katherine rips into each Newman for their role in causing Victor to go public. Tucker, wanting to get his hands on stock tries to talk Katherine into going in with him. She blasts him for his greed and walks away.

Michael tells Lauren that Daniel and he have found Daisy. He promises her that she will be back in lock up. Unfortunately for him, Daniel, who is with Daisy back at the motel room, decides to let her get away. When Michael comes back with the police, he's upset to learn that she's escaped again.

Billy is at the press conference and begins grilling him as to his true motives for going public. Victor tells Billy that he's moving toward a new venture and disregards him to further ask questions. Meanwhile, Jack tries to butter up Abby with kind words and apologies, while in another part of the Abbott house, Victoria whines to Nick about not getting Beauty of Nature.

Nick barges into the Newman mansion and demands to know why Diane outright lied to him. She swears that she didn't and tells him what she heard; but didn't know anymore on Victor's plans. An angry Nick tells Diane that everything that people have said about her is true.

Tucker, still on his gloat session, offers a toast to Ashley being sole CEO of Jabot. When she questions him what he's talking about, he admits that he fired Jack for not coming through with Beauty of Nature. Just then, Abby and Jack arrive. Jack wants Ashley to help him get his job back, but she refuses. Abby demands the same thing from Tucker, pointing out that her mother won't be blinded by his antics for too much longer. Meanwhile, Ashley crushes Jack's hopes of getting Jabot by telling him that his obsession has consumed him and that it's best that she runs the company.

Billy returns and asks Victoria and Nick why they can't just be satisfied with having their billions. Victoria says that she wants Beauty of Nature and she's going to do whatever it takes to get it from Victor.

Tucker, Ashley, Jack, Nick and Victoria all find themselves in a mad dash to get as much Newman stock as they possibly can; unaware that Katherine and Victor could have possibly set up a plan to make that impossible for them to do.