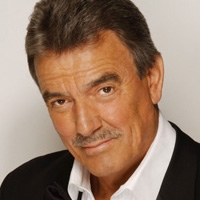 Today is Lucy's christening. While there, Jana makes a call to Primrose, asking if she's the lady that helps with babies. Primrose is suspicious but tells Jana she has an hour to meet her. When she arrives, Primrose wants to know why she wants to meet her. Jana, faking being pregnant, tells her that she needs help with her baby.

Victor gets ready to conduct a press conference. As he's preparing, Nikki arrives and begs him to come to Lucy's christening. He scoffs that he has other things more important. When Nikki tells Victor that one day their children will grow to forgive him and want him a part of his life, he laughs at her and tells her that she doesn't know what she's talking about and sends her on her way. When Heather arrives to tell him that they are all ready when he is, he tells her that he has something to take care of.

Michael and Daniel follow the lead that the investigator gave them. They wind up at a little motel. The minute Daisy arrives, Michael pounces and demands to know what she did with the baby. She tells him that she'll talk if he promises to let her go. Michael says that's not about to happen. He then steps out for a minute, leaving Daisy and Daniel alone. She asks why he's kept the fact that he's seen the baby from everyone.

Abby starts questioning Nick about what her title would be at Beauty of Nature when they get it. Nick tells her nothing is set in stone; they don't even have the company. A nosey Jack goes to Billy about what he's heard and tells him that if Victoria and Tucker work together with Beauty of Nature, Tucker will purposely leave the Abbott's out cold. Billy brags that Victoria is a Abbott now and that as far as he's concerned, it's a good business deal.

Things are tense between Katherine and Ashley at the christening. Katherine suggests she hold off on marrying Tucker. Ashley in turn blasts Kay for turning her back on her own son to support Victor. Meanwhile, Jill sees Nikki out in the hall, unaware that she's took a swig of alcohol. Jill assumes that she is waiting for Victor and rubs it in that he's got a new family. When the ceremony begins, Victoria reads a special poem, as everyone looks on: including Victor, who's standing out in the hall to see everything.

Jack in furious that no one is taking him serious that Tucker will destroy Jabot. Traci, who came home for the service lashes out that Jack's obsession with the company is what tore their family apart. Ashley tells him that he's worried over things that haven't even happened yet. When Jack brings up what their dad would do if still alive, Traci snaps that he needs to stop using their father's name every time things don't go his way in terms of Jabot. She walks away telling Jack to start growing up.

Leaving the christening, Victor is getting ready for his press conference. He gives Heather instructions to make sure that Nick, Abby and Victoria are aware of what's about to go down, stating that they are the reason why the press conference is happening to begin with.

At Billy and Victoria's, Nick gets a text from Heather. He tells those still there about the press conference Victor is about to hold. Everyone there assumes it's to announce his giving Beauty of Nature over as a part of the settlement. They are floored when Victor does the exact opposite; announcing that Newman Enterprises is going public.