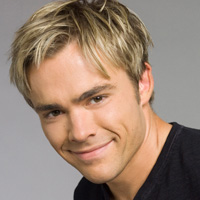 Téa faces off with Elijah Clarke, Bo and Nora’s attorney, as they present their case to the judge, who ultimately rules that there is sufficient cause to proceed with testimony concerning Matthew’s lawsuit. Téa is left unsettled when Elijah implies he knows the secret she’s keeping.

Todd insists to Viki that he’s sincere about his feelings for Téa. Viki leaves Todd with plenty to think about as she gives him her take on his situation with Téa.

Blair denies to Dorian that she wants to be with Todd but admits she doesn’t want Téa to have him either. Blair decides she needs to uncover Téa’s deep, dark secret.

Still suffering from a hangover, Dorian is surprised to find David on her doorstep.

Rex and Gigi have it out when she tells him that Schuyler kissed her.

Rachel struggles with her feelings for Greg.