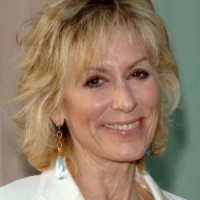 (SoapOperaNetwork.com) — Despite being a part of one of the most memorable scenes in “One Life to Live” history and topping many fan lists as the actress they would most like to see return to Llanview, veteran actress Judith Light has reportedly turned down not one, but two offers from the show asking her to reprise her breakthrough role of housewife turned prostitute Karen Wolek.

Despite often fondly recalling her time on “One Life to Live,” Daytime Confidential is reporting that Light recently told the show thanks, but no thanks when they asked her back for one final appearance on the show before it wraps up production in November. She is said to have rejected a similar offer to return as part of “One Life’s” 40th anniversary celebration back in 2008. Speculation is that her decision may be partly based on the fact that, after nearly thirty years living away from Llanview, should Karen come back to town she would only know a small handful of people. However, Kim Zimmer faced a similar scenario when she reprised the role of Echo Di Savoy last October after a twenty-seven year absence from the show, and look how that turned out.

Light took over the role in 1977, one year after the gold-digging Karen first stepped foot in Llanview as the sister of the spiritual and kind-hearted Jenny Wolek. After getting romantically involved with her distant cousin Dr. Larry Wolek, however, Karen was soon blackmailed into a life of turning tricks by her former lover Marco Dane. The storyline would ultimately lead to the Karen’s infamous 1979 witness stand admission to a shocked courtroom (as well as hubby Larry) that she was a hooker, while testifying on behalf of her good friend Victoria Lord, who stood falsely accused of Marco’s murder (it turned out later that Marco’s twin brother was the one that had been murdered). Karen left town in 1983, and was never heard from again.

Light’s portrayal of Karen earned her two Daytime Emmy Awards for Leading Actress, as well as two Soapy Awards. After leaving “OLTL,” she went on to a successful television and stage career, starring in “Who’s the Boss?,” “Ugly Betty,” and “Law & Order: SVU.” Earlier this year she earned a Tony Award for her part in the Broadway production of “Lombardi.” Light has also long been an outspoken champion of gay rights.

You can watch Karen’s infamous witness stand admission below: