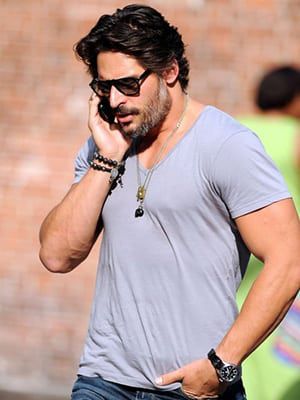 Racing to the police station, Meg informs Paul that Barbara wasn’t the one that did away with Sophie. Thinking that they are in the clear after telling everything to Margo, Margo shocks them with saying that Meg has become suspect number one. Barbara’s lawyer tells her that an expert can help in Paul’s case and when she sees goes to meet him, she’s stunned to see that it is Rick Decker. Decker, who is at the hospital looking at Meg’s medical records, has a nasty run-in with Alison. When Alison freaks, Chris comes to her rescue. Paul realizes that he’s not the father of Sophie’s baby after receiving a call from her doctor. Cole pays Barbara a visit and demands $100,000 or else he’ll go to the police to say she killed Sophie.

Casey wants to be with Emily regardless of his parents or her past. Emily, afraid possibly losing Daniel tells Casey he needs to go back to his parents. Tom informs Margo that despite Casey returning home, he’s keeping Emily as far away from his family as much as he can. Chris gives his letter of resignation to Bob and makes sure Alison is accepted back into the nursing program. Luke receives a letter from Damien telling him he’s offering him his inheritance. Luke ultimately refuses until Lucinda tells him he could use the inheritance for something good. After talking it over with Noah, Luke accepts.

HOLDEN SEALS HIS FATE
Unable to accept Carly’s leaving for Paris with Neal an anxious Holden books a flight to New York to catch up to Carly before she departs. Although Carly is enjoying her time with Neal,she immediately pulls back when he wants to take their together a bit further than she wants. Neal, heading off for a meeting, arranges an in-room massage for Carly. Undressing for the massage, Carly goes to the door thinking the masseuse has arrived and is stunned to see Holden there. Holden tells her he can’t get her off his mind and is planning on leaving Lily; all she has to do is say the word. Carly tells Holden he can’t end his marriage but the two wind up having sex. Neal returns to the hotel and knocks on Carly’s door. Carly asks Neal to meet her at the hotel bar. Carly begins to pack her bags when Neal returns. When he questions why she’s leaving, she tells him that she’s in love with someone else. Neal immediately guesses who it is and Carly asks him to remain quiet. Meanwhile, back in Oakdale, Lily begins to worry about Holden and when she asks what’s bothering him, he tells her that he’s been sleeping with someone else.