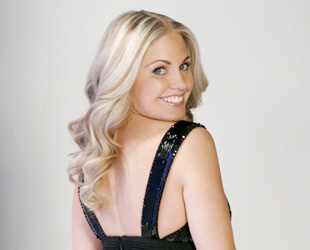 (SoapOperaNetwork.com) — The people have voted and they want to see “As The World Turns” in Primetime.

During the Wednesday, January 7 broadcast of “The 35th Annual People’s Choice Awards,” make sure to look out for “As The World Turns” during those long commercial breaks. Soap Opera Network has learned that Promotional spots starring actress Terri Colombino (Katie Peretti) will begin airing. This marks a turning point for the drama series, as CBS and many other broadcast networks have refused to air advertisements during primetime hours for  their daytime lineups in recent years. Daytime, however, is flooded with promotions for primetime programming.

“The 35th Annual People’s Choice Awards” honors everything from TV, Movies and Music. The telecast will be hosted by singer/actress Queen Latifah. The ceremony airs Live at 9/8c on CBS from the Shrine Auditorium in Los Angeles, CA. Winners were chosen by viewers all across America via PCAVote.com.

Discussion: The ‘People’ Love ‘As The World Turns’