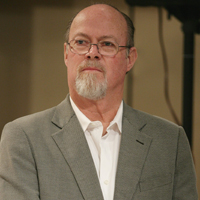 (SoapOperaNetwork.com) — “Days of our Lives” producer fired after battle with head writer escalates. “One Life to Live” veteran takes over.

According to published reports, “Days of our Lives” executive producer Ed Scott has received the boot from the NBC Daytime drama series after his reported battle with the soaps Head Writer, Dena Higley, escalated to new heights. Former “One Life to Live” executive producer and sometime writer Gary Tomlin will take over EP duties at “DAYS” effective immediately.

Prior to his work on “DAYS,” Scott served as Executive Producer at CBS’ “The Young and the Restless,” where he worked from 1984-2001. He returned to the soap in 2004 as its Supervising Producer until his departure in June 2007, just before joining “Days of our Lives” in August 2007 as co-Executive Producer alongside show owner Ken Corday.

As Executive Producer of “One Life to Live,” Gary Tomlin is credited with providing the ABC soap with its only Daytime Emmy Award for Outstanding Drama Series in the shows forty-year history. He served in this capacity from January 2001 through August 2003. He was succeeded by current “OLTL” EP Frank Valentini. During the recent Writer’s Guild of America writer’s strike, Tomlin served as “One Life’s” Head Writer.