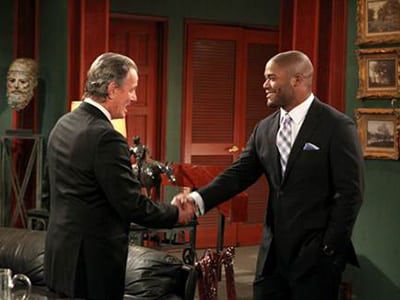 (SoapOperaNetwork.com) — A few weeks back I reported on my personal Twitter page that two actors would be let go by summer’s end and it wouldn’t be by their own choosing despite how it would be presented by the show. The firing of Ingo Rademacher was not one of those people I alluded to. In an official statement released to ABC Soaps In Depth on their website, the actor said “After 15 years on ‘GH’ portraying Jax I must say goodbye. I’m fired.”

While Rademacher’s departure does not come as a surprise, his firing comes hot on the heals of ABC confirming reports of now former Head Writer Robert Guza Jr. getting the boot this past Wednesday only to be replaced by scab writer Garin Wolf and Tyler Christopher getting kicked to the curb in March after learning his new ABC Family pilot, “The Lying Game,” was picked up to series. Christopher’s last airdate has not been announced, but he last tapes today in scenes we’re told he may have had a hand in writing.

“Yes, I know that’s sounds bad but sometimes little birds need a shove out of the nest to find their wings…. better late then never? I’m trying to find some humor in all of this. Even though this was not my call, I think my ‘GH’ days were almost up anyway,” Rademacher’s statement read. “I would like to thank everyone at ‘GH,’ the producers, directors, crew, my fellow actors and ABC/Disney for making my 15 years enjoyable and fun. It was always a great place for me to work and I will have fantastic memories. I would like to thank my fans and especially my ‘Jax Angels’ who have been there for me, supporting me in every way, from Day One. Thank you!”

An ABC representative was unavailable for comment at press time. A last airdate has not been set.