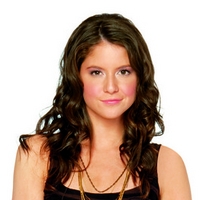 Starr is surprised to see Markko, and even more surprised when she learns Langston is leaving to write David’s movie. The best friends recall highlights of their relationship. Deanna has spent the night at James’ apartment. When James talks about the way Deanna dumped him, she reveals things weren’t what they seemed. Before she can elaborate, Starr shows up.

When Joey seeks Viki’s marital advice, Viki is forced to confess the state of her own marriage. Charlie visits Echo and assures her that although he’ll stick by Viki while Ryder’s custody is being decided, he will be solely Echo’s thereafter for an out-in-the-open, honest relationship. Echo has a guilty pang, having lied to Charlie about his paternity of Rex. Charlie returns home and is forced to admit to Viki that he’s in love with Echo.

Having gotten on to Aubrey and Cutter’s scam, Tess agrees to keep quiet if they cut her in on their action. Tess reveals that although Cutter is with Aubrey, she has no intention of letting him go. Kelly visits Clint for an interview about his release from jail, but the discussion turns to her relationship with Joey. Clint tells Kelly the tape he made had proof that Aubrey and Cutter were lovers out to rip off Joey. Without the tape, he suggests he and Kelly find a way to “help” Joey discover the truth about his wife.