Home / News / ‘All My Children’ Left Fighting After 39 Years 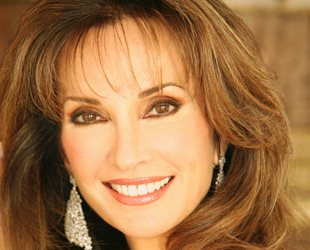 (SoapOperaNetwork.com) — On January 5, 1970, a little town in Pennsylvania rose from beneath Earth’s soil and came to be known as Pine Valley. This town has been home to the greatest dame in daytime and the most qualified doctor in his field. Here’s a warm welcome to 39 years later for actors Susan Lucci (Erica Kane) and Ray Macdonnell (Dr. Joe Martin).

After celebrating 10,000 episodes in November 2008, ABC’s “All My Children” is now turning the ripe old age of 39 today. The soap has aired on the ABC Television Network since its first broadcast and also airs at night on ABC/Disney’s SOAPnet. The cable network has aired every “AMC” broadcast since the network launched on January 20, 2000. Lucci and Macdonnell are the shows only remaining original cast members.

“All My Children” was created by Agnes Nixon, who also created ABC’s “One Life to Live.” Nixon appeared on both soap operas in 2008 as a relative ghost in honor of key milestones for each (10,000 shows for “AMC” and 40 years on the air for “OLTL”).

In recent weeks, it was announced that Lucci, Macdonnell and Michael E. Knight (Tad Martin) had been asked to renew their contracts with the soap, but at reduced salaries. It is understood that they all accepted, and now receive approximately 40% less per year than they were receiving previously. This is inline with the 40% production budget cut that timeslot competitor “Days of our Lives” was forced into in November. “All My Children,” along with most soap operas, is facing record low viewership and possible cancellation due to advertisers pulling ad dollars from the genre.

With budget cuts and cast trimming hitting the soap across the board (Colin Egglesfield Fired), rumors are flying that Julie Hanan Carruthers is on her way out as Executive Producer. If proven true, “Passions” and “General Hospital: Night Shift” Executive Producer, Lisa de Cazotte is said to be in the running. TV Guide Canada‘s Nelson Branco recently reported that de Cazotte has joined the soaps production team.

Discussion: ‘All My Children’ Left Fighting After 39 Years