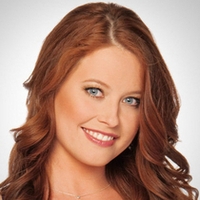 Natalie expresses her gratitude to John for his role in bringing Liam back safely. She tells John she remembered having Marty’s tape recording with her when they argued on the roof. John and Natalie share a close moment that’s broken when Brody returns.

Meanwhile, Todd is about to tell Téa about Marty’s secret of having switched Liam’s paternity records, but he changes his mind when he hears Brody tell Téa how much Liam means to him. John’s return and continued suspicion and antagonism toward Todd convinces Todd to keep Marty’s secret at least a little longer.

Starr tells James about taking Hope to see Cole and that Hope didn’t want to leave her Daddy. James offers to help in any way he can. Things turn romantic, but Starr has to go home to Hope before things go too far.

Gigi and Shane tell Rex about the latest incident with Jack. Rex is glad Shane’s fighting back and he and Gigi share the hope that the bullying problem will finally be put to rest. Meanwhile, Jack plots revenge against Shane, who apparently takes the bait when he “friends” a cute girl on MyFace. The girl, however, is a fabrication by Jack and Brad, but unbeknownst to them, Shane is well aware they’re behind the ruse and has a plan of his own.