On Monday, August 13, Soap Opera Network first brought you the story of WKDH, an ABC affiliate that will cease operations effective Friday, August 31, 2012 at 11:59 PM CT after citing poor financial conditions in recent years as its reasoning. Now Soap Opera Network has learned that the ABC Television Network, which was left scrambling to replace the 11-year-old affiliate, has signed a long-term agreement with WTVA, an NBC affiliate that had actually provided WKDH with ABC programming through a local marketing agreement (LMA) with Southern Broadcasting, Inc. (WKDH's parent company). The new deal, by utilizing WTVA digital channel 9.2, will enable ABC programming to remain in the Columbus/Tupelo/West Point television market and is effective Saturday, September 1, 2012 at 12:35 AM, Central Time.
byErrol Lewis 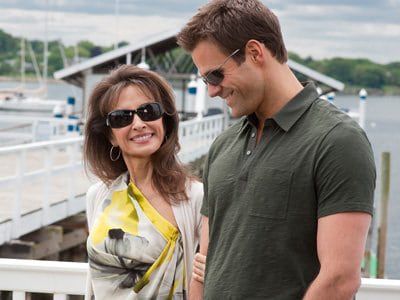 Friday, September 23, 2011 may be the final airdate for "All My Children" on ABC, but Wednesday, August 31, 2011 marked the last date an actor was under contract with the drama series since the filming of the soaps pilot episode in late 1969.
byErrol Lewis