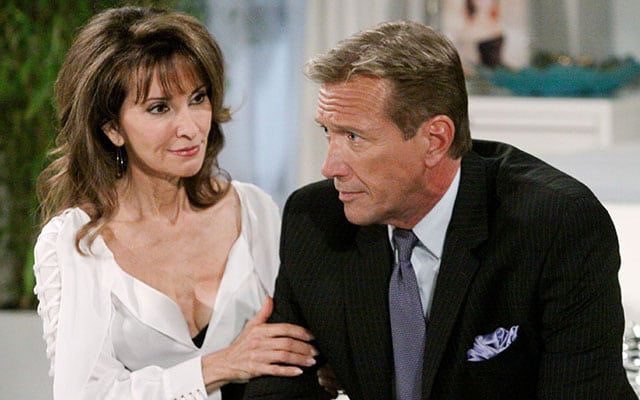 On Monday, April 12, CBS’ “The Talk” will return with all-new episodes for the first time since then co-host Sharon Osbourne got into a heated disagreement with remaining co-host Sheryl Underwood over former “Good Morning Britain” co-host Piers Morgan‘s treatment of Meghan Markle stemming from comments Markle made about racism during a primetime interview with Oprah Winfrey in early March. The first episode back without Osbourne promises to bring a discussion on “race” and “healing” which will include experts who will talk about diversity, equity, inclusion and justice.

Dr. Donald E. Grant will offer advice on how to have these difficult conversations and nationally acclaimed trauma therapist and life coach Dr. Anita Phillips will share her expertise on how to heal after a painful event or conversation.

In the days following CBS’ airing of the highly-rated Oprah Winfrey television special dedicated to Prince Harry and Markle, Osbourne became embroiled in controversy after she defended her friend and former “America’s Got Talent” co-judge over criticism he’d received from the comments he made about Markle’s interview with Winfrey. He was accused of being a racist and subsequently quit the British morning show “Good Morning Britain.” In defending him on “The Talk,” Osbourne got into a heated exchange with co-host Underwood over social media claims that Osbourne herself was racist for her support of Morgan.

Osbourne stated in an “Entertainment Tonight” interview that she expected to be fired as she became the “sacrificial lamb” and that she was “set up” by show producers, which CBS’ now concluded investigation disputes. She later quit the show following the conclusion of CBS’ investigation over her claims, her behavior and the circumstances that occurred during the Wednesday, March 10 broadcast that led to the media firestorm that followed.

In the week leading up to the show’s return to the air, the remaining co-hosts, producers and crew took part in workshops, listening sessions and training about equity, inclusion and cultural awareness. “Going forward, we are identifying plans to enhance the producing staff and producing procedures to better serve the hosts, the production and, ultimately, our viewers,” CBS said in a statement.

Osbourne’s exit leaves the show without an original co-host for the first time since it launched in October 2010. 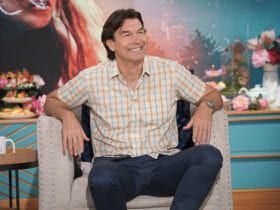 It's official: Jerry O'Connell will become the first permanent male co-host of CBS' "The Talk" as the show launches its 12th season in September. He replaces Sharon Osbourne. 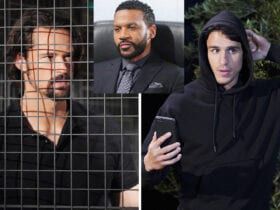 "The Bold and the Beautiful" again attracts its second-largest audience of the season. "General Hospital" and "Days of our Lives" show improvement. In reruns, "The Price is Right" remained daytime's top choice. 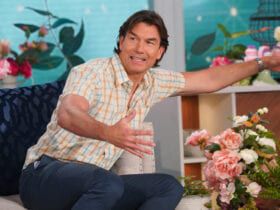 REPORT: Jerry O’Connell to Replace Sharon Osbourne on ‘The Talk’

CBS is reportedly in talks with Jerry O'Connell to replace Sharon Osbourne on "The Talk." O'Connell would effectively become the show's first regular male co-host.