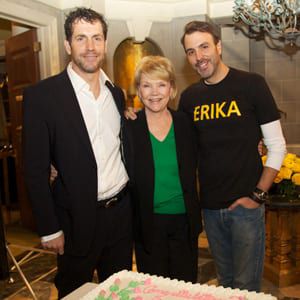 According to Entertainment Weekly, Donna Mills, famous for her portrayal of Abby Ewing on CBS’ “Knots Landing,” is joining the cast of ABC’s “General Hospital” in a BIG new role.

Per the website, Mills was the only choice for her mysterious character “particularly because the writers are major fans of her old primetime soap.”

While full character details (name, storyline, etc.) are unavailable at this time, the site says that viewers can expect to see Mills first air sometime in late February.