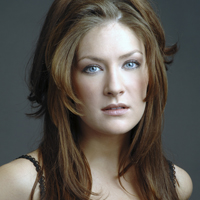 (SoapOperaNetwork.com) — Only two days after she made her final appearance on “One Life to Live,” BethAnn Bonner lands a role on the recently canceled “Guiding Light.”

Bonner, who debuted in Llanview on December 21, 2006 as Officer Talia Sahid, was recently fired by “OLTL,” in what appears to be a cost cutting move which also involved co-stars Chris Stack and Kathy Brier (Michael and Marcie Walsh McBain), along with Camila Banus and A. Martinez (Lola and Ray Montez). Although her character Talia did not play a major role in many of the show’s storylines, she was involved in several plots during her time in Llanview including investigating the One Pure People white supremacist group and the KAD serial killer, as well named the Princess of Mendorra during one of “OLTL’s” special 40th anniversary storylines last July. In addition, Talia was romantically involved with police detective Antonio Vega and revealed to be the biological daughter of popular villian Carlo Hesser.

Bonner was offered a role on “OLTL” after competing on SOAPnet’s “I Wanna Be a Soap Star 3” in the summer of 2006, which afforded the winner of the competition with a thirteen week contract on the show. Although the contest was won by Mikey Jerome (who portrayed Vincent Jones’ hired thug Ted Osborne), producers at “One Life” were so impressed with Bonner that they quickly signed her to a contract as well. In a twist of irony, Bonner outlasted Jerome in Llanview, whose character was quietly killed off in a fire off-camera at the end of conclusion of his thirteen week stint. In addition to her role on “OLTL,” Bonner also appeared as herself in a 2007 episode of “The Fashionista Diaries.”

On Friday, Soap Opera Digest broke the news that Bonner had signed with “Guiding Light,” which is expected to end its iconic 72-year run on September 18th, to create a new role that has yet to be announced. She is said to debut on “GL” in early June, and share scenes with the recently returned Murray Bartlett, whose character Cyrus Foley comes home to Springfield after searching the globe for his missing brother Grady.