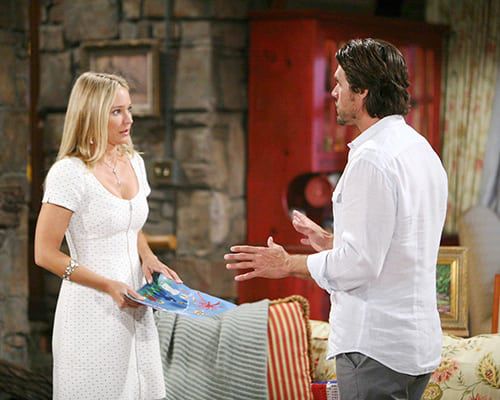 Susan Lucci has portrayed Erica Kane for 41-years – debuting during the shows 10 episode in January 1970 according to her book “All My Life,” and along with millions of viewers across the country she watched the soap that launched her career end its run on ABC earlier this afternoon. Ever the relevant personality (despite what ABC says), Lucci shares her thoughts with her Facebook friends and followers on the final episode of “AMC” and gives some minor hope as to what lies ahead for the soap opera in the coming months.

I just finished watching the last episode of All My Children – a very emotional time for me. I am so grateful to “The View” and ABC for their beautiful tribute show for ‘All My Children’ and Agnes Nixon. And to Agnes and to ABC for the incredible opportunity to play the amazing Erica Kane. At the center of all my gratitude is you, the fans. Thank you from the bottom of my heart for always being there for us, for spending all those days with us in Pine Valley and for bringing so much sunshine into my life.

Let’s hope we all get to see more of Pine Valley and the beloved characters Agnes Nixon has created. Today’s episode ended with quite a cliff hanger – and I really want to see what happens next!