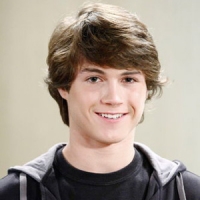 Todd finds John in his office and John covers. Jack interrupts them and after John leaves and is convinced John is still trying to nail him for Gigi’s death. Todd convinces Jack to attend the “Vicker Man” premiere with him.

The man with Todd’s original face is on the phone with Tomas pretending to be John. Tomas is telling “John” that he was in the CIA and came upon some information about Todd Manning. Baz is listening. All is interrupted by the arrival of Tea and Dani. Tomas and “John” agree to talk later at the gala. John returns to home and where the man with Todd’s original face tells him that he just pretended to be John and committed him to going to the gala.

Téa gets Tomas to tell Baz and Dani that he was in the CIA and didn’t shoot Todd. Baz still wants to know who did, but they have to go to the premiere. Téa tells Dani she and Todd are working things out.

Markko returns to Llanview for the premiere and tells Starr that Langston couldn’t come but things are good with them. Markko wants to know about Baz but Starr denies anything’s up.

Blair is wearing earrings Todd gave her for their first wedding. Tomas and Baz arrive and Tomas recognizes them from the photograph/painting. Todd doesn’t but the man with Todd’s original face does.

Markko gets to lord it over Ford that Markko’s the big director and Ford’s a waiter.

Rama cover’s her lie with another: a fake big belly.

Rex worries about Shane, who is still mourning his mother.

Meanwhile, Dorian and David gloat on the red carpet when they are interviewed by Blanca. Ionia gets into a fight with Dorian. David escorts her out, with Markko’s help.

Todd, Jack and family arrive on the red carpet… not realizing they’re being viewed on TV by the man with Todd’s original face and by Rex. John arrives and as everyone is ready to watch the movie, he pulls Tomas aside with a few questions about Todd.

Rex sees a picture of Gigi and makes a decision. He comes downstairs in black tie and takes a gun out of the safe.

The movie begins only it’s not “Vicker Man,” it’s “Hold the Diploma” and Nate is naked.