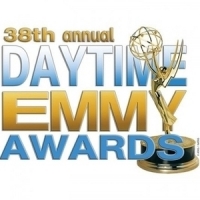 (SoapOperaNetwork.com) — On Sunday, June 19, the Daytime community celebrated the work of many of the men and women who work both in front of the camera and behind the scenes writing and directing the various programming on daytime television. The 38th Annual Daytime Entertainment Emmy Awards Gala was held at the Las Vegas Hilton in Las Vegas, Nevada and was hosted by Wayne Brady, host of the game show “Let’s Make a Deal.” It was broadcast live on CBS from 8:00-10:01 pm ET, except on the West Coast, where it was recorded.

CBS’ “The Bold and the Beautiful” won 4 of the 7 nominations they earned at the 38th Annual Daytime Entertainment Emmy Awards. “The Young and the Restless” and “General Hospital” came in second, each winning 2 of the 9 nominations they had earned (“Y&R” and “B&B” each won the Drama Series Directing Category, the result of a tie). The recently cancelled “All My Children” and the already defunct “As the World Turns” each took home 1 Daytime Emmy Award out of the 6 and 3 they had been nominated for. And “Days of our Lives” and the cancelled “One Life to Live” were both shut out of the awards, despite having earned 2 and 3 nominations, respectively. In terms of the networks as a whole, CBS won 7 (nominated for 19), ABC won 3 (nominated for 18), and NBC won 0 (nominated for 3), with regards to the daytime serial related categories. In addition, this year’s telecast also featured a special tribute to Susan Lucci (Erica Kane, “AMC”).

The following is a list of the winners in the drama series categories at the 38th Annual Daytime Entertainment Emmy Awards:

Outstanding Drama Series: The Bold and the Beautiful

Outstanding Drama Series Directing Team: The Bold and the Beautiful & The Young and the Restless

Outstanding Drama Series Writing Team: The Young and the Restless

Outstanding Lead Actor in a Drama Series: Michael Park from As the World Turns

Outstanding Supporting Actress in a Drama Series: Heather Tom from The Bold and the Beautiful

Outstanding Younger Actor in a Drama Series: Scott Clifton from The Bold and the Beautiful

Outstanding Younger Actress in a Drama Series: Brittany Allen from All My Children

To view a listing of winners in the non-daytime serial related categories, such as game and talk shows, click here.

Click here to see the winners of the 38th Annual Daytime Entertainment Creative Arts Emmy Awards, which were handed out on Friday, June 17, in an separate, untelevised ceremony at the Westin Bonaventure in Los Angeles, hosted by Steve Wilkos of “The Steve Wilkos Show.”