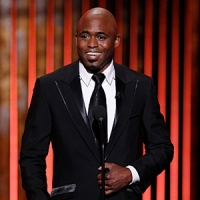 (SoapOperaNetwork.com) — On a night that found CBS' "The Bold and the Beautiful" nearly sweeping every category it was nominated for including Outstanding Drama Series, Outstanding Drama Series Directing Team, Outstanding Supporting Actress (Heather Tom) and Younger Actor (Scott Clifton) in a Drama Series, the "38th Annual Daytime Emmy Awards" found itself lacking in viewers when compared to its year-ago telecast. The awards show, which took place Sunday, June 19 from the Las Vegas Hilton Hotel and aired on CBS for the second consecutive year, averaged a mere 0.8/3 in Adults 18-49 and just 5.4 million viewers throughout its two-hour broadcast. The program was down 37% in Adults 18-49, while shedding 4% of its viewership compared to its year-ago telecast on June 27, 2010 (0.8/3 vs 1.1/3 in Adults 18-49; 5.4 million vs 5.6 million in total viewers).

Wayne Brady of CBS' "Let's Make a Deal" hosted the awards show and opened the night with talk of "All My Children" and "One Life to Live" being placed into forced retirement after noting the evolution of daytime with stars choosing to leave their programs including Oprah Winfrey and Regis Philbin, among others. Brady was immediately booed by audience members, which included stars and producers from the two canceled soaps in attendance. "Don't boo me, I didn't write this crap," the usually comical host quickly stated to calm the audience. In a posting the day after the telecast, Los Angeles Times reporter Joe Flint stated that "Daytime television deserves better than the 'Daytime Emmys,'" in reference to the award show being used as a blatant promotional platform for the Hilton Hotel and numerous Las Vegas shows and responded to Brady's comments with "whoever did does deserve to be booed for this crap."

A big factor in the decline of the annual awards "Emmy" broadcast was NBC's competing "Miss USA Pageant," which was moved from the 7:00 to 9:00 PM timeslot last year to 9:00 to 11:00 PM this year. The Donald Trump owned pageant was up 57% in Adults 18-49 year-over-year and averaged 7.2 million viewers, according to website TVbytheNumbers. "Miss USA" averaged a 2.2/6 in Adults 18-49 throughout its two-hour live telecast from the Planet Hollywood Resort & Casino. This was the programs most watched since 2007.