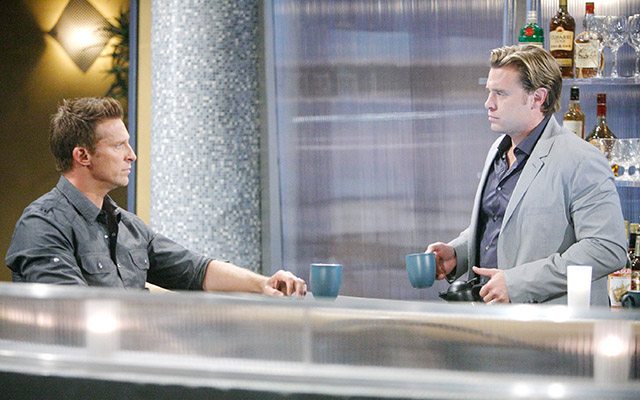 “General Hospital” is said to be embarking on territory that has been told several times before, including by the show itself, “Days of our Lives,” “One Life to Live” and others. But are they really?

Many have presumed that with the return of Steve Burton to the canvas that he would resume his role as Jason Morgan (now portrayed by Billy Miller), but will the show bring us the Tale of Two Jasons, or is something completely different in the works? You’ll be surprised to find out it might be the latter.

In an interview published by TVLine, “GH” executive producer Frank Valentini says that despite many theories being kicked around online, “No one has guessed right. They think we’re making it up as we go along, when it’s all been laid out.”

Valentini also notes that plans for Burton’s return began four months ago. “When we knew that he was available and interested, we started to brainstorm ideas about what we wanted to do,” said the producer. After coming up with a story that stuck, “We thought, ‘That’s interesting, that’ll work, and that will fit in with what we’ve got going,’ so we just ran with it.

“We’re really excited to work with Steve, because he’s a really important part of the show.”

While not elaborating on what the eventual outcome will be, other than that effects will be felt for the better part of a year, the producer told TVLine during ABC’s summer TCA party last night, “Jason’s life affects, like, 30 people on the show. There is almost nobody who won’t be affected by his return.” He added, “That whole paradigm — ‘Who’s the real Jason? How will people react to him?’ — I find to be very interesting, and it will be fun for the audience.”

For more from Valentini on what might be in store on “GH’s” Jason storyline, and how it might be similar to “OLTL’s” Tale of Two Todds, check out the rest of his TVLine interview.