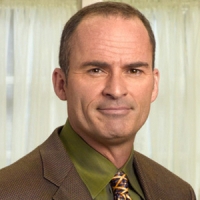 (SoapOperaNetwork.com) — Veteran actor and soap star Mark Derwin will guest star on this week’s episode of the popular TV Land sitcom “Hot in Cleveland,” entitled “How I Met My Mother.”

Derwin, who most recently appeared on ABC Family’s “The Secret Life of the American Teenager,” will play Victoria’s (Wendy Malick) pen pal, who was just released from prison and is looking to met up with her. The episode also features Matthew McMillian, who will appear as Joy’s (Jane Leeves) long-lost son.

In primetime, he appeared opposite Bonnie Hunt in “Life with Bonnie” from 2002-2004, and in “The Secret Life of an American Teenager” from 2009-present. Other television credits include appearances in (among others) “Hardball,” “How I Met Your Mother,” and “24,” as well as in commercials and the film “Accepted.”

Derwin’s episode of “Hot in Cleveland” airs this Wednesday night at 10:00 PM ET on TV Land.

You can watch a sneak peek of the episode below: