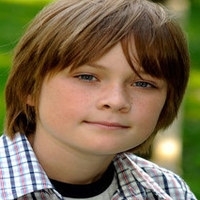 Kelly finds John at Rodi’s, continuing his downward spiral. Brody arrives with an update for John about the investigation into Todd’s shooting. The fissure in Brody and John’s relationship widens, and the two nearly come to blows. Kelly intervenes and sends Brody home before cajoling John to get his act together. Kelly gets through to John.

Viki has a heart-to-heart with Natalie about her feelings for John and her future with Brody.

Blair contacts Jack and informs him of Todd’s shooting. Viki and Jack arrive to join the family as they wait for news of Todd’s condition. Shane continues to hide the truth about his troubles at school from Gigi. Shane falls for it when Jack invites him over to La Boulaie under the pretense of burying the hatchet. At La Boulaie, Jack and company plan to sexually humiliate Shane. Jack scuttles the plan when he gets word of Todd’s shooting. Shane returns home and lies to Gigi about the nature of his absence.