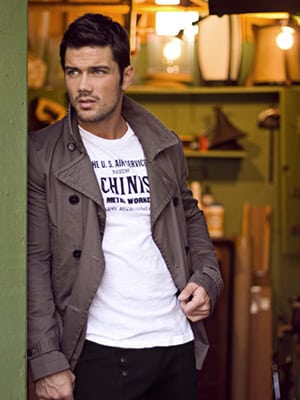 Fans had inquired with us whether the Twitter handle @Ryan_Paevey was in fact “General Hospital’s” newest stars’ social media address. Sadly, as we always suspected, the account is in fact not real. A rep for the soap confirms that the account is not the actor’s and subsequently, the handle has been deleted. Additionally, Justice & Ponder, a management firm based in Los Angeles, which represents Paevey, confirmed the fake account when it said, “SOOOO, it turns out @Ryan_Paevey is not our client RYAN PAEVEY and we are alerting Twitter now that this is an impostor using his name.” The company notes that the actor will begin using the social media platform for the first time sometime next week when he begins tweeting via his (real) account.

Paevey joined the “GH” cast on Monday, December 30 in the contract role of Nathan West.

The last noteworthy period in which a soap star was impersonated on Twitter with a fake handle was last summer, when someone claiming to be John Reilly (ex-Sean Donely, “GH”) raised and then dashed hopes of the actor returning alongside former co-star Sharon Wyatt (ex-Tiffany Hill Donely). It should be noted, however, that Reilly did in fact return to the canvas, albeit for a very brief time, last August.