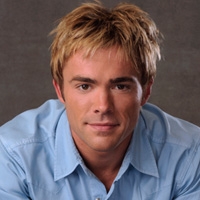 First Viki, then Bo visit Clint in his cell. Bo urges him to plead guilty at his arraignment and save his family trouble. Clint warns cryptically that if he goes down, it’s Bo’s family that will be in trouble. Nora tries to piece together what happened when she went to the Minuteman the night of Eddie’s murder.

Viki has Clint’s name withdrawn from her bid for custody of Ryder and tells the judge she and her family can raise the baby until Jessica’s return. Tess remains confident that she and Ford will get custody when the court discovers that Viki and Charlie aren’t the perfect happy married couple.

Tess sends Viki the picture of Charlie and Echo kissing. Charlie tells Echo he needs to support Viki in her bid for custody of Ryder. Echo wonders what will happen if Jessica never comes back. After making a statement in support of Viki at the custody hearing, Charlie returns to Echo and has something to tell her.

James admits to Starr that he once dated Deanna. He’s stunned to learn that Starr remembered seeing Deanna at the Buenos Dias earlier. Deanna is tempted by an offer to star in an “adult” film.

Shane is humiliated by Jack and his buddies. Rex learns from Echo that Shane has been bullied for months and hacks into Shane’s MyFace page to discover Jack is his chief tormentor. Rex confronts Jack.