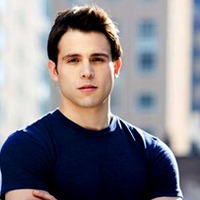 Dani tells Todd the whole story about the money she found with Nate. Starr and James crash the stolen car and realize that their collateral for Bull has been wrecked.

Gigi reveals to Viki that she wants to go to LU.

Kelly try’s to find out who Bennett Thompson is and what he has to do with her mother’s death. Rex helps Kelly work on the mystery of her mother’s murder.

Dorian tries to have a heart-to-heart with Langston about Ford.

Langston and Ford have a heated discussion over the phone.

Bree puts Brody and Jessica on the spot with her declaration that she wants him to be her daddy.