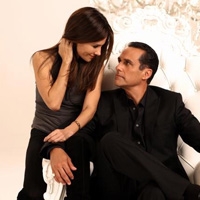 (SoapOperaNetwork.com) — What has been years in the making finally happens beginning Friday, February 18 when fans and the citizens of Port Charles are invited to the wedding of Sonny Corinthos (Maurice Benard) and Brenda Barrett (Vanessa Marcil Giovinazzo) on ABC's "General Hospital."

According to ABC, while the nuptials of super couple Sonny and Brenda begins on February 18, you can expect a long celebration throughout the following week, but "will they make it to their honeymoon?"

Tune in to find out as "General Hosital" airs Weekdays at 3:00 PM ET/2:00 PM PT on the ABC Television Network or anytime on ABC.com.