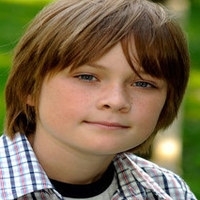 (SoapOperaNetwork) — More drama is on the way for certain members of Llanview’s teen scene.

“OLTL” has released yet another new casting call, this time for the role of a “Vice Principal.”  The scene opens with him addressing the parents of two teenage boys, asking them if they know one another.  “Mr. Levy” assures him that they have met and asks what this is all about.  The Vice Principal tells him that the proceeds from the Booster Club rally have gone missing, thanks the parents for allowing them to search their sons’ lockers, and comments that it was a lot easier than dragging the police into the situation.  As Mr. Levy wonders why his son would steal since they are wealthy, while the Vice Principal opens his son’s locker only to find it empty.  Undeterred, the V.P. orders the other boy’s locker open since he was the one pointing fingers and in charge of the money.  Just as they are about to open it, the “Janitor” walks by and hands the Vice Principal an envelope, saying that he thinks it is what they are looking for, and that it was found in “Sean’s” locker.  Mr. Levy tells Sean’s mom that her son is a thief and a liar.  The Vice Principal gives Mr. Levy his thanks for coming down to the school, and informs Sean’s mother that her son will be suspended for three days.  He goes on to tell her that Sean’s grades have fallen and he has become hostile toward his classmates.  As the scene ends, he instructs her that Sean is to write a letter of apology to both the Booster Club and to the boy he wrongly accused of taking the money.

While the names have been changed in this audition script, as per usual “OLTL” policy, it is evident that this script likely involves Shane (Austin Williams), who has recently been experiencing some problems at school.  On a related note, look for Shane’s bullying problems to take an interesting turn in late February.

Remember the recent audition scripts for ghoulish Las Vegas Justice of the Peace and his goth chick assistant?  Well, look for those scenes to play out on screen the week of February 21, and involve an unexpected couple who wants to get married for all the wrong reasons.

David A. Gregory (Ford) gives an update on “One Life’s” upcoming Valentine’s Day album “The Sound of a Kiss,” which will be released on iTunes on Tuesday, February 8, noting that “there will be a ‘Making-of’ feature [of the album] on ABC.com and SOAPnet!”

Tonja Walker (Alex) continues to pimp her upcoming “OLTL” return, saying on Facebook late last week that “I am back for sweeps…The [two] shows are so juicy! But if people really write in… for the next 3 months! ( which is a lot to ask!) I think it will work to have me in more often. But it will be a lot of work for people and everyone is busy these days. If anyone really wants it. Write to 320 west 66th st. NYC , post on ‘OLTL’ site, Abc.com, Soap Opera Digest, and Soap Opera Weekly…ABC Soaps in Depth… here on the ‘One Life to Live’ page and My Tonja Walker Fan club page… Then we will see something happen!!!!! God Bless you all!  I am coming back for sweeps. I hope to get enough of a reaction that they will kepp me around. I had the best time and am so grateful for the story. REALLY juicy! Just so you all know, you can make comments on the One Life to Live Page… xoxo”

It looks like there may be some hospital drama in the coming weeks.  Mellini Kantayya returns as a Llanview Hospital nurse on Monday and Tuesday, March 14 & 15.

And check out the February 15 edition of Soap Opera Weekly for an interview with “One Life to Live” Costume Designer Susan Gammie, who explains the significance of Jessica and Natalie’s wedding dresses and how Jessica’s dress was rigged to be partially ripped part apart following the ceremony.  Also, Shenaz Treasuryvala (Rama) mentions that she screen tested for her role with David Fumero (Cristian Vega).