‘Lightning from Heaven’ Hits the Big Apple on Valentine’s Day 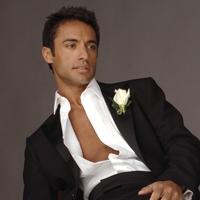 (SoapOperaNetwork.com) — Former "One Life to Live" star Kamar de los Reyes is currently living it up in Los Angeles, California these days and he's even got a "Firehouse" to prove it.

"Firehouse" for those whose minds were just in the gutter, is a play based on a true story where honor and loyalty clash with "doing the right thing" when a rookie fireman saves the life of a fellow firefighter instead of a 12 year-old girl, who is also in the burning building during a disastrous night in the South Bronx. Based on the fireman's decision, the community at large is outraged. "Firehouse" is a powerful drama that deals with race, the code of honor and even love.

In a tweet before opening night (which was last night), de los Reyes revealed that he was "feeling butterflies."

For those interested in seeing the play, it runs only on Fridays at 8:00 PM now through April 29 at the Whitefire Theatre in Sherman Oaks, California. For tickets, call (323) 822-7898. Tickets are $22 if purchased in advance or $25 if purchased at the door. For more ticketing information, please visit the Firehouse page theatermania.com.