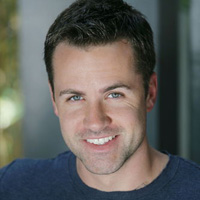 (SoapOperaNetwork.com) — Just a little more than a year has gone by since actor John Driscoll joined the cast of CBS' "The Young and the Restless," and now Soap Opera Network has learned that Driscoll's time is almost up, at least that's what it appears to be.

After months of rumors and speculation, sources are confirming that Driscoll's character, Chance Chancellor, is being killed off of the drama series during a shootout set to take place on the Thursday, September 9 episode. In the episode, Chance is working a case alongside Ronan Malloy (Jeff Branson), and while things appear to result in a near successful bust, Chance soon learns that he has mere seconds to live after he is shot by Ronan in what appears to be a double-cross.

With the way things are being handled by "Y&R's" current writing regime and their desire to bring back "dead" characters to life shortly after their death, there is always a chance (get it?) that Chance isn't dead after all. Tune in to "The Young and the Restless" on Thursday, September 9 to find out what the true case may be.