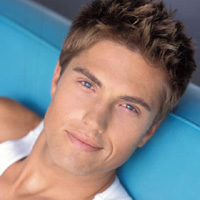 “Laughlin!,” tells the story of Ripley Holden, played by Lloyd Owen (“The Young Indiana Jones;” “Coupling”) and his family as they try to a run a casino in Laughlin, Nevada. Winter has signed on to play Det. Peter Carlyle. Character description is unavailable at this time.

Since leaving “Days of our Lives” in 2005 after playing Rex Brady for three years, Winter has guest-starred in five episodes to date of ABC Family’s “Wildfire.” He has also appeared in such shows as “Love, Inc.” and “Pepper Dennis.”

Along with serving as an executive producer, Hugh Jackman, who got his start in television starring in the Australian series “Correlli” as Kevin Jones, is set to guest-star in the series. His character is not yet known, but it is said that his character will play a pivotal role in the direction of the series.

Bob Lowry and Peter Bowker created the project and will serve as executive producers. Paul Telegdy and John Palermo will also serve as EP’s along with Gabriele Muccino, who will direct the pilot.