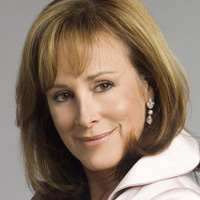 Todd and Blair bring Hope home to Starr and Cole.  Cole is clearly affected when he holds his daughter for the first time.  Meanwhile, Michael and Marcie exchange impromptu vows, promising to love each other forever.  Blair realizes Starr has doubts about going through with the adoption.  In the end, Starr signs the papers legalizing the adoption and hands her baby over to Marcie.  Marcie leaves with Hope in her arms but is keenly aware of Starr and Cole’s anguish.  Marty lets her emotions out when she finds John at Rodi’s.  Todd and Blair put their differences aside as they feel for the loss of their grandchild.  Starr cries in Cole’s arms.

Jessica’s consumed with guilt as she blames herself for her baby’s death but Brody assures her she’s strong enough to face anything.  Brody declares hiss love for Jessica, who feels as though she doesn’t deserve it.   Brody tells Jessica there’s no way she can make him stop loving her and takes her in his arms when she breaks down in sobs.

Charlie surprises Viki with a marriage proposal.  Clint catches Nora off guard with his desire to get married sooner rather than later.  Bo has his work cut out for him when he tries to convince John to return to the police force.