Home / News / This Week in Soaps: What Will Happen, What You Can’t Miss 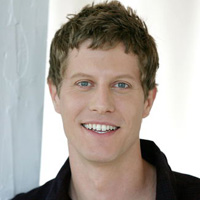 (SoapOperaNetwork.com) — What did you do today? I'm sure since your favorite soap didn't air today due to pre-emptions or you were stuck with repeats of episodes you probably didn't want to watch again, you had a very productive day. Well, rest assured that you're favorite soaps return to the airwaves beginning tomorrow, Tuesday, September 7 with original episodes.

ALL MY CHILDREN
Things unfold as a dead body is discovered and suspects begin to pile up. Liza Colby makes it her mission to prosecute the culprit to the fullest extent of the law as Pine Valley's interim acting district attorney. JR is suspicious of Asher and someone gets arrested on Friday, September 10. 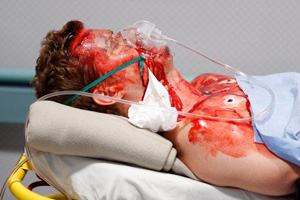 AS THE WORLD TURNS
After heading to Bay City to try and help out his friend, Chris, who is in dire need of a new heart, Reid gets into an accident and is brought to Memorial Hospital, where his wounds are too severe for him to survive. Hoping to make a last sacrifice, Reid signs power of attorney over to Luke with the understanding that his heart is to go to Chris. Reid and Luke share a final kiss before Reid is declared brain dead. Soon afterward, word comes that Reid's heart is a match for Chris. Luke and Katie console each other.

THE BOLD AND THE BEAUTIFUL
After giving birth to a newborn baby boy, Owen and Bridget return to share the happy news with family and friends. Liam and Hope get cozy on the beach. Meanwhile, Rick and Jackie start plotting together.

DAYS OF OUR LIVES
Not much time has gone by since Sami was to wed EJ, but Sami is already engaged to wed Rafe. Thankfully, good old Kate is waiting in the wings to warn Sami. Chloe and Carly agree to make amends for Daniel's sake.

GENERAL HOSPITAL
Sonny and Brenda finally come face to face after seven years, but Brenda's life is in danger. Can Sonny save his one and only this time around? Nikolas and Brook Lynn learn more about each other, despite Lulu's wishes for him to stay away from the girl. Jason suspects that Ronnie set up Sonny. Steve suspends Robin after she reaches her boiling point where Lisa is concerned.

ONE LIFE TO LIVE
Babies and their daddies. As neither Jessica or Natalie knows exactly who fathered their unborn children, the two see to it that they admit the truth to the men in their lives. Of course one never takes news such as this lightly. Ford has a change of heart regarding his career asperations. Todd and Marty have a heart to heart. 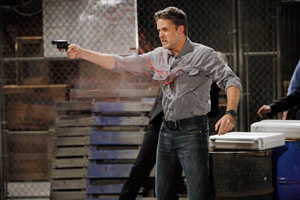 THE YOUNG AND THE RESTLESS
Billy and Victoria are getting married, but you know what they say about a wedding, right? A funeral of course! Chance is shot by brother Ronan while the two are about to make a bust. Meanwhile, Victor isn't too pleased that Victoria is marrying Billy Abbott, brother to his arch rival, Jack Abbott.

For More: Y&R PreVUE / You Don't Always Get Another Chance on 'Young and the Restless'

Special Note: "The Young and the Restless," "The Bold and the Beautiful" and "As The World Turns" will not air on Friday, September 10 due to CBS coverage of the U.S. Open.