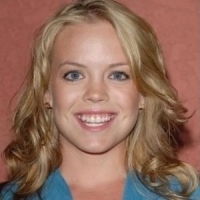 (SoapOperaNetwork.com) — As we previously reported, TV Guide Magazine is confirming that Erin Torpey will be making a final guest appearance in Llanview this fall, in an unknown role. Unfortunately for fans though, it does not appear as if she will be sharing any screentime with her former onscreen mother Victoria Lord (Erika Slezak). So just who will she be interacting with? The website TV Line gives viewers a clue as to just who the mystery person may be.

According to an article on the site, “Ever since news broke that Erin Torpey would be returning to Llanview before the ABC sudser she called home for 13 years signs off, there’s been speculation about with whom, exactly, her non-Jessica character will ‘reunite.’ I’ve seen many folks pin their hopes on ‘mom’ Viki, but alas that is not meant to be. Instead, I will tell you that Torpey’s wink-wink scene will be with one of Jessica’s peers, and not an elder. Guesses?” Torpey played Jessica Buchanan from 1990-2003, when Bree Williamson stepped into the role.

On a related note, photographer Steven Bergman took several photos on Wednesday, June 28 (the day Torpey filmed her scenes) of the actress outside the “One Life” studios with her former co-star and onscreen love interest David Fumero (Cristian), who will be leaving the show before it wraps production in November. But will Cristian be the “peer” she “reunites” with, or was simply a case of two old friends having their picture made together? Tune in September to find out!