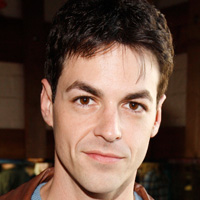 After portraying the role of Raul Guittierez on “The Young and the Restless” from August 1999 to August 2004, David Lago is ready to return to his roots as Raul returns home just in time for the first Abbott/Chancellor Memorial Day Weekend fiesta on the Friday, May 22 episode of daytime’s number one drama series.

No word on the length of Lago’s stay, but with his invitation to the 36th Annual “Y&R” Anniversary party hosted by head writer Maria Arena Bell in March, it sure is looking like Raul just might be sticking around for awhile.

Since departing “Y&R,” Lago has appeared in a number of films including 2005’s “A Couple of Days and Nights” and the  2006 film “Dead in the Water.” In 2009, he starred in the film “Hollywood Horror,” and will appear in the films “The Commune” and “Deeper and Deeper.”

Tricia Cast is sticking around Genoa City for a little while longer as the actress has agreed to appear on a recurring basis on the show as Nina Webster. It was recently announced that the soap has cast former “Guiding Light” hottie John Driscoll as Phillip Chancellor IV, Nina’s son with Phillip Chancellor III.