Home / News / Cady McClain on Return: ‘It Feels Good To Be Working Again, I Cannot Lie’ 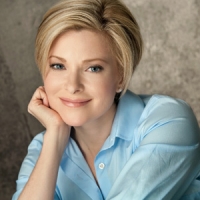 (SoapOperaNetwork) — As previously reported, Cady McClain has returned to ABC’s “All My Children” as the beloved Dixie Cooney Martin. The actress began filming her first scenes on Tuesday, May 10. Thanks to the magic of technology, the actress’ first scenes will air on Tuesday, May 17, after the soap worked overtime in inserting her character in scenes that were filmed approximately four weeks prior. While the show quickly put her in for this one episode, that doesn’t mean you’ll get to see her on the 18, 19, 20, etc episodes, however. So when can you expect to see Cady back full-time? The actress takes to the blogs to clear all that up.

According to McClain, her character will start appearing semi-regularly beginning with the Friday, June 3 episode followed by the Friday, June 17 episode. Beginning Monday, June 27, fans can expect the actress to appear full-time.

Though the outspoken McClain has never ceased keeping her fans up to date on what is going on in her life, her blog located at her Official Site may become of more interest to “AMC” fans with the actress back to stay at the soap she started her daytime career on. On that note, this week, she recaps her first week back at the West coast based “AMC” studio. Fans of the actress and the soap should stay tuned for more interesting, informative and sometimes controversial blogs and – according to a recent tweet on her Official Twitter feed – coming up Vlogs!

For a sample of what she has to say, see below.

“I will not lie that I had just s smidge of anticipation (uh- ANXIETY) over returning to AMC. Lord knows, it was no small moment when I was asked to return! However, thanks to the lovely ladies at TadnDixie.com I had an amazing gift waiting for me: roses and chocolate covered peanut butter bananas! LOL! I ate them greedily with a little help from Michael Knight (Tad) and Patrick Stuart (ex-Will #2). It was a nice way to start my first work day. So much love.”