(SoapOperaNetwork.com) — Forgiveness is granted and young love is put to the test…

Josie pays a visit to Johnny and Dusty at the hospital. A tender moment is sharred between the twol. As she heads out she passes by Paul’s room. When he sees her he tries to convince her to help him be able to see Meg and Eliza. She does so and both head to the Snyder Farm only to see that Meg isn’t at all thrilled to see either of them. Craig wants Parker to see Johnny but when he learns that Dusty left with him he hits the roof. He soon arrives at the Lakeview and whisks Johnny away from a stunned Josie, who is baby-sitting. She immediately calls Dusty.

Lily gives Craig the suggestion to get his life in order if he wants to be able to win the custody battle for Johnny. He suddenly comes up with a plan and goes to see Carly. Carly is stunned when he asks her if she will be his wife. At home, Casey tells Tom that he has feelings for Alison, but Tom instantly lets his son know that he isn’t pleased with the idea. Later on Alison bolts when she sees Casey with Jade. Casey is confused when Alison gives him the cold shoulder and later learns that she had concert tickets and didn’t invite him. Alison and Casey later make amends after sharing a moment with one another but it’s cut short when Jade shows up wanting to go to lunch with Casey.

What to Watch: The Need for Closure
Lucinda, still burning from Brian’s betrayal, makes it a point to continue to give Luke the cold shoulder. Jade calls her on it and tells her to stop blaming Luke for things that her husband has done. Taking it to heart Lucinda goes to find Noah. When they sit down to talk, she tries to persuade him to take Luke back. Jade soon appears and Noah fingers her as the one trying to stir things up by using Lucinda to do her bidding. He tells Jade that there is nothing more between him and Luke. Casey in the meantime is trying to talk to Luke about making up with Noah and it is at Old Town where Luke pours his heart out to Noah. Noah moved by what Luke has said pulls him into a kiss. Luke and Noah head home and share ice cream with Lucinda who soon makes peace with her grandson. The next day at Worldwide Lucinda is burning Brian’s belongings when he shows up. He once again pleads with her to help him find closure but she rebuffs him. Crushed by her rejection Brian heads to Java where he encounters Noah. There he asks Noah into convincing him to get Luke to speak to him. Noah tells Brian he will do no such thing but also points out that he and Luke are together again. Although pleased that things worked out for them Brian leaves and heads back to the Lakeview. Worried that Brian might hurt himself he follows him but Brian refuses to let him in. Noah calls Luke who comes to the Lakeview. They immediately begin to think that Brian is thinking suicide but Brian refutes the claim. As he’s admitting that he is in fact gay, Lucinda arrives and the two finally talk.

Janet questions Liberty about her and Parker. Liberty tells her that she and Parker are seeing one another, to which Jack instantly puts his foot down on. Jack’s not only surprised that Janet is allowing it but that Carly agrees with her. Jack soon starts to worry that Carly is too close to Craig. Meanwhile, Lily tries to explain why she didn’t want Holden helping her by lending her money for Metro. Back at the house Parker and Liberty are alone in his bedroom and the two begin to make love when Jack barges in. Embarrassed at being caught, Liberty flees out of the house and an upset Parker takes off after her. Jack finds Carly with Lily having lunch and begins to place the blame not only on her but Janet for allowing the teens to see one another. Carly surprises herself when she tells Jack that she agrees with Janet that the kids have to be trusted enough to be responsible.

DAYTIME EMMYS: By the Numbers Breakdown, ‘DAYS’ Leads with 27 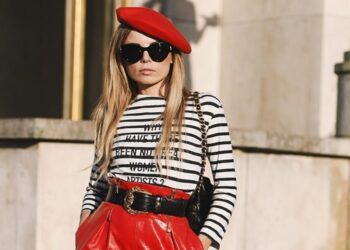 Dating in the Middle Ages: Episode 2